Whilst not all the famous names - “authors, poets, statesmen, theologians, orators, financiers and educationalists” - listed in Clifford N. Carver's 1911 book celebrating the Book-Plates of Well-Known Americans may be household names today, the text is still a fascinating source of interest to the modern ex libris collector and an excellent illustrated catalogue of bookplate design. 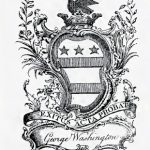 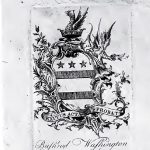 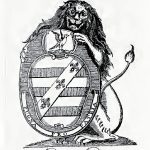 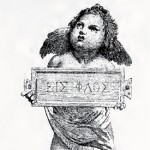 The Washington plates are of special interest to Americans, as it is said that the idea of the American flag was conceived from the Washington arms appearing on the plates. A great similarity exists between the plates of George Washington and his nephew Bushrod Washington, although slight changes in the erroneous heraldry of the first plate can be readily seen. No date is to be found on either plate, and it is a matter of difficulty to determine whether the plates were engraved here or in England.

Paul Revere, of Revolutionary fame, though trained in the profession of a goldsmith, nevertheless took up the art of engraving (with but slight success). His own plate is an excellent example of his productions of ex-libris.

The ex-libris of George Bancroft, the historian, represents a cherub bearing a scroll upon which is a Greek motto. Below the cherub appears the owner's signature, a quite common custom with older plates. 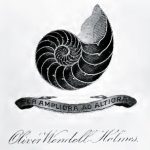 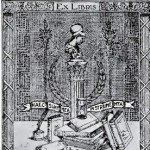 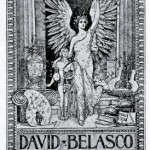 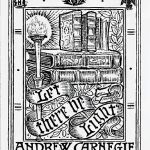 The charming book mark used by Oliver Wendell Holmes well deserves a prominent place as being one of the most artistic, as well as interesting plates in this collection. A beautiful representation of the “Chambered Nautilus” - “the Ship of Pearl”, as he calls it - is the chief feature of the plate.

Dr. Hillis' plate shows a bust of Minerva mounted upon a pedestal and having a mosaic background. In the foreground a book-pile, an hour-glass, a quill and ink are shown, with the motto “Haec sunt mea instrumenta”, appearing back of them.

Turning to the plate of a playwright one finds that of David Belasco of great artistic value. It is one of the most carefully executed of the modern work and typifies the care shown by the man himself in all hiswork as playwright and manager.

Known as the greatest giver of public libraries in the world, Andrew Carnegie has chosen a most simple but attractive ex-libris for use in his personal library. To quote a letter from Mr. Carnegie, the architect of Dunfermline Library, which Mr. Carnegie gave to his native town (the first library he ever gave) , asked him for his coat-of-arms to be placed over the doorway. Mr. Carnegie replied that he had none but suggested a rising sun, its rays spreading, with the words “Let there be light”; and this feature is the basis of his own ex-libris. 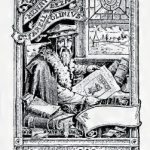 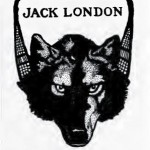 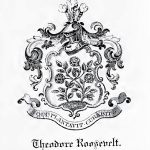 The ex-libris of the Hon. Chauncey M. Depew was made about twenty years ago by Stauffer. The figure of an old man is represented seated at a table placed in front of an open window and holding a paper with the Depew arms upon it. Books are also given a prominent place in the design, and the whole is enclosed in a simple frame, making a most artistic pictorial plate.

Among the literary plates of the present day, the simple wolf head appearing on Jack London's plate is among the most attractive. Since he is a writer of animal life and “The Call of the Wi1d”, which is among his best known books, being the story of a wolf, the plate is most appropriate.

Mr. Morgan uses an armorial plate in his great library, and in its severity it is very artistic. An armorial plate is also used by Ex-President Roosevelt ; both plates being engraved by stationers.

The President's plate was both designed and engraved by Frederick Spencely, one of America's most prominent engravers of ex-libris. In the plate is shown a splendid reproduction of Mr. Taft's family home, the seal of the government, the balances of justice, a book of law, and the seal of his University - Yale. To quote Mr. Taft : “The house is that of my grandfather Samuel D. Torrey at Millbury, Mass., and is now owned and occupied by my aunt Miss Delia Torrey. It is where I spent the summers of my boyhood and my college vacations.” 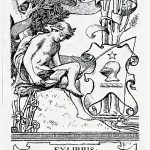 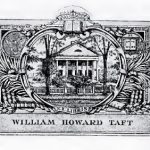 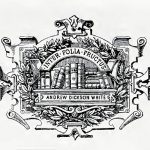 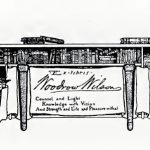 The plate of Henry van Dyke, clergyman, author and scholar, which in the original is of a beautiful sepia tone, may be classed among the most artistic of the present day ex-libris. Dr. van Dyke, being a lover of fishing and a great reader as well as an author, has represented upon his plate in a somewhat symbolical form his two occupations. “Although they are seldom chronologically combined”, says Professor van Dyke, a nude figure is seen seated beside a river bank, reading and with patience holding a rod. His crest, as well as his motto are also artistically worked into the design.

The White book-plate was prepared by Wyon of London, the seal cutter to the British government and has been used for the collection of books which the Ex-President of Cornell turned over in a great part to the university – about thirty thousand volumes in all. The quotation from Publius Syrus has reference to the fact that the library is historical, hence the words : “The day after is the disciple of the day before.”

The present Governor of New Jersey and Ex-President of Princeton University* has chosen what is known among collectors as a “book-pile'” for his plate and the extreme simplicity of the plate adds to its charm.

One Response to Ex Libris of Famous American Historical Figures